The bridge is a key component – but pretty small! In the traditional instruments, some of the sympathetic strings were placed on the “legs” of the bridge, which accounts for its shape; mine won’t be like that but I’ve kept (more-or-less) the traditional shape.

The bridge is made from the same wood as the tailpiece (maybe lime); I’m not very good at identifying wood but a luthier I know suggested it might be lime. It’s already tapered to be thinner at the top before being cut out, but will need more tapering before it’s finished. 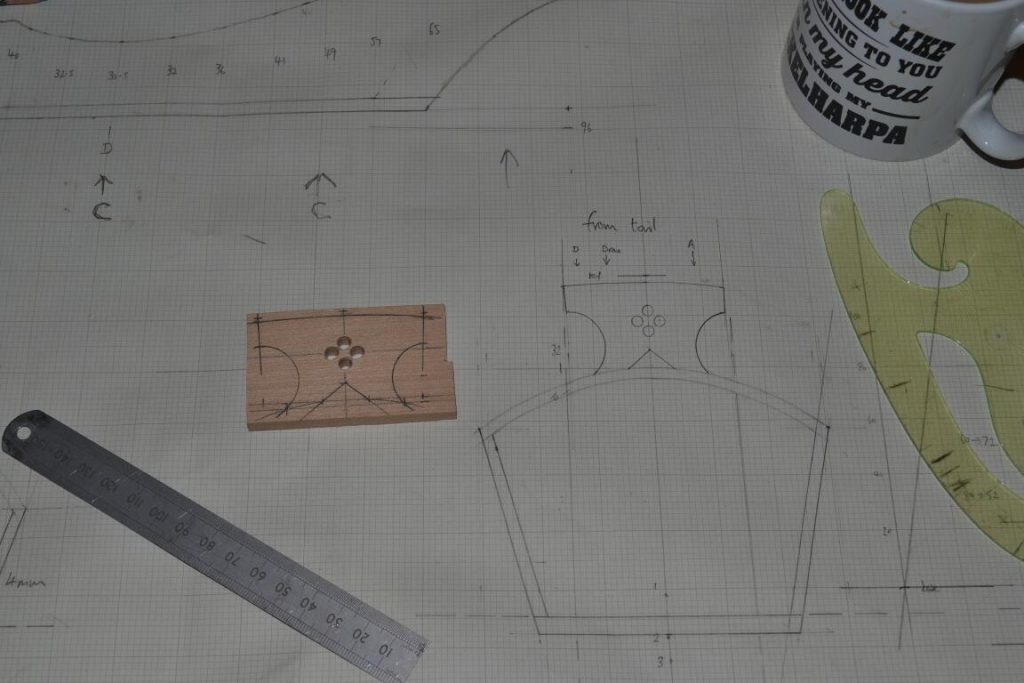