This is described in most places as the “Great Conjunction” because it doesn’t happen very often. The closest approach of Jupiter and Saturn in the sky (they’re a long way apart, but almost in the same direction) is today. It’s cloudy though, so here’s a photo from yesterday. They don’t get much closer. 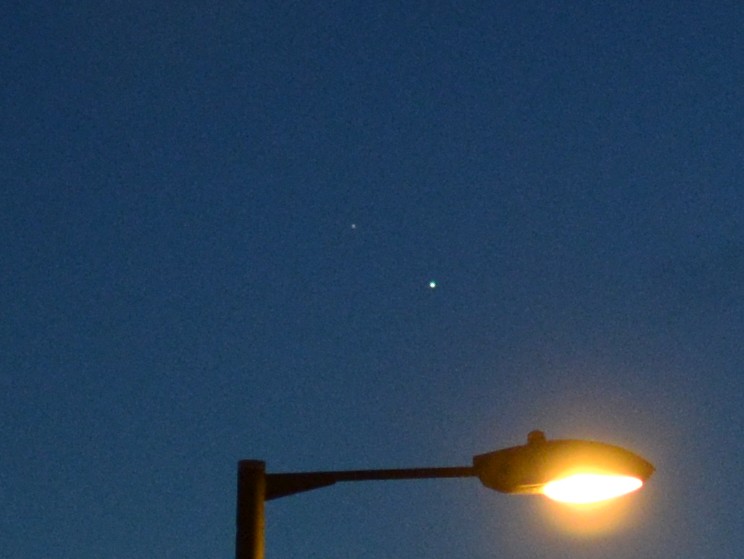 On the same scale, here’s yesterday’s photo from earlier in the evening than the heading photo, so you can see the relative movement on the sky in 6 days: 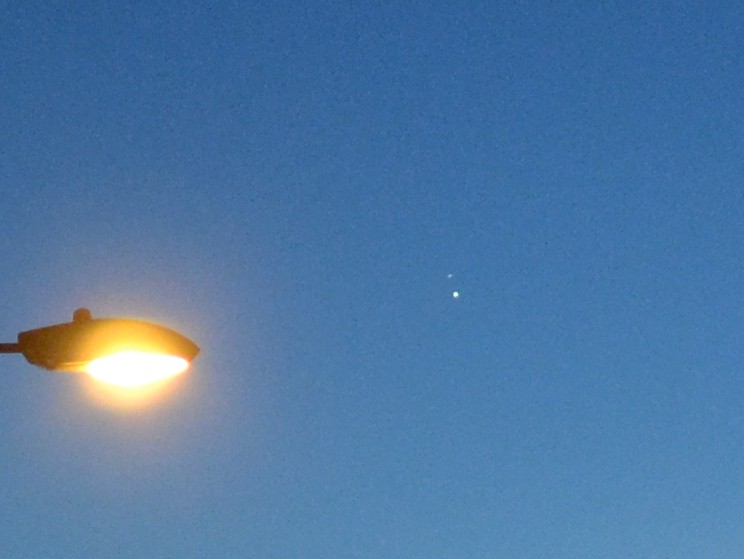