Today I came across something on the web that’s actually interesting. It’s on the spaceweather.com website that I usually visit daily – I’ve linked to today’s archive so it can be found again. It’s about ‘Oumuamua. 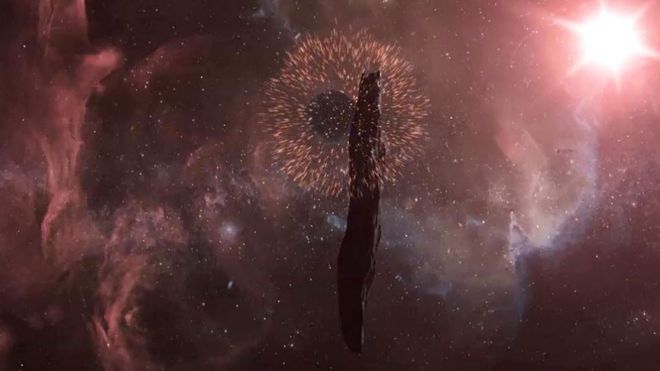 The pretty pictures are of course artwork, and I’ve linked the one above to the BBC article it came from, as part of the story about this object. The latest paper suggests that the properties of this object are compatible with it being a piece of alien hardware – which is utterly fascinating!

It was discovered by the PAN-STARRS1 survey (on 19 October 2017), and represents the first interstellar object, on an orbit coming from outside the solar system (and returning into interstellar space), that has been discovered. Here are the key points: